Friday, late October, The Boston Arms, Tuffnell Park. An almost quintessential oddball London boozer, 'The Boston' has sat on this ancient Roman intersection for over 100 years. Derided as vulgar 'fantasy' architecture at the time of construction, the pubs opulent facade (an eclectic mix of styles, part Queen Anne revival, part classical orders) was architects Thorpe and Furniss' attempt to construct a public house for the masses, to beckon in the disparate group of revellers that frequented the area at the time. A century later the clientele appear as diverse as ever: hipsters play binmen at pool, tracksuites interweave with leather and denim, barely shaved chins meet grizzled flesh. Over the ambient oscillation of countless conversations, Bowie's tones emanate from the jukebox and lend an ethereal underpinning to rooms ambience. An old Citizen, sitting at the bar waxing wrath, admonishes his wife for moving closer to the speaker, to be closer to the ghost of 'David': "Wha ye goin now? Who? David Bowie? David fecking Bowie, fack orff" he cackles. Panning across to the left of the bar the eclectic cast continues: a cowboy cocked poised in a shadowy corner wears a disproportionally large glistening crucifix and opposite him a shoe-gazing manboy (early 30s?), buttoned up in cobalt blue jacket, clutches his tote bag, alone, thumbing a smartphone as timepiece and node. Surveying this scene it's hard to conclude who is actually here waiting for the gig and who's just here for the cheap ale. Tote boy seems the most obviously Mausian, but maybe the cowboy is here for him too. Maybe The Citizen and his mournful consort? Definitely a few of the hipsters. The components that make up Maus' artistic construct are multifaceted, multi-dimensional, pan-generational; it seems reasonable to assume that his audience will be equally complex. 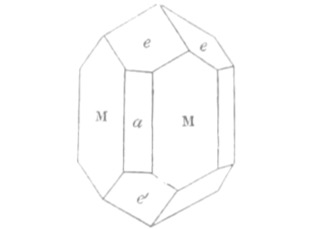 Showtime. We file slowly, languidly into the hall. A band is playing tentative almost infantile indy pop. Their musical modes are of recognisable sequences that induce an odd tingle here and there but we never leave the ground. The group exit, almost apologetically, gathering up their equipment and then the wait begins. Watching the slow swirl of the synthetic smoke above, bathed in the primary glow of the lighting rig we wait... and wait some more. Surveying the darkened hall the crowd appears hip but is also reassuringly smattered with some genuine looking eccentrics, possibly an academic or two. The air feels eager and expectant. Eventually a figure appears stage left, hunched and heavy set. Is it him? Murmurings ensue... nah, it appears Maus has recruited a mini Maus to man the Bass. And then a mini Ariel appears too, carefully assembling the synthesisers. We wait... then wait some more. The lights slowly begin to dim, the playlist fades, and the band enter stage right. Then in he comes, all nondescript shirt and jeans, floppy, goofy haircut, seemingly herculean in height. It begins.

Space splits. Time compresses and contracts. Angular, brutalist like sound forms reverberate forth. Maus groans, murmurs and then screams melodies, voice drenched in cavernous reverb. The melodies are rich, acute and gorgeous. Maus punches his head, beats his chest, screams, clutching, an invisible skull like The Prince of Denmark. "I see the combine coming, it's gonna dust us all to nothing". His economy of language is mesmerising, a reductionism perfect for these times of lives atomised into optimised click bait: CTR, SEO, CPC, CPL. As the ethereal Gregorian chants build (layer upon layer of sound, like the aural equivalent of staring at a Pollock, begin to induce patterns a hallucinatory paracusia) and the hypnotic incantations of 'The Combine' continue, the audience seem to collectively decode the message: mass human labor superseded by technology, economic frontiers that can no longer sustain the masses. Kaczynski's theories don't seem so absurd now do they Ladies and Gentlemen, from Planet Zuckerberg. Oh no. Looking around the hall the crowd is no longer passive, they are gone, wired, running with him.

Is this what punk felt like? It's certainly like your Grandfather described it to you with its swathe of bodies, simultaneously embracing and deflecting one another in some ritualistic tango, the fission of fleshy vessel to fleshy vessel. The pogoing, the wall of clashing atonal and tonal sound, the anthemic nihilism, ("AGAINST THE LAW" we all scream in time). Vanguards rushing headlong, the deconstructing of the old into the new. The orthostatic hypotension, the dilated pupils... is this really what punk felt like? Sonic drones intensify and echo deep into the core of the crowd, sound again cracks and splits the hall. More lush melodies, an invisible crystal temple forms from sound midair and it is almost sublime. Fragments of words punctuate: is he singing about Mary, Star of the sea? What's that about phantoms over battlefields? Drone warfare? Closing eyes to aid comprehension you tumble into the blackness, flashes, fragments, shards of purple and the void, vanishing. Eyes wide open you crash back into the hall, spilling your pint and dropping your phone. Maus punches, screams. A boy with a shaved head juts his head in time, alternating left knee to right elbow, right elbow to left knee, a hybridised tribal dance (think Siouxsie Sioux and Mohawks in another time dimension).

From the shrill remnants of a lush fading coda "Do Your Best" rumbles into being and the skinhead to the left, unexpectedly, begins to cry. Maus screams, Maus beats his chest. A moaning din from the crowd augments the band, a swirl and then... and then it's over. The band exit and the silly pantomime of an encore ensues (the pounding feet and imploring screams are genuinely enthralling but encores? Come on fuck this shit John). The band returns, taking up their tools and the magnificence is reconstructed. Rumbling into form, "Believer" erupts and the room elevates, the crowd arching, baying and swaying. The atmosphere is extraordinary, rising to some sort impending crescendo, the atmospheric pressure at boiling point... and then it seemingly bursts. Stage right, there's some sort of commotion and then a blurred figure rushes the stage. What the hell is going on? Who is that? Shit, it's him, it's the manboy from the pub! Tote bag clasped, he vaults the barrier, and lunges onto the stage. He dives at Maus, his Mozzer, his brother, his father, his lover. They fall in an embrace and then security pounce. Toteman seems to be saying something to John, mouthing, but what it is I guess we'll never know ("WE CAN REMAKE THIS WORLD TOGETHER, HELLENISE IT!" ? Or maybe something about Plato's theory of ideals? Or the paintings of Gustav Moreau?). Maybe he just wanted a hug, who knows. By the look of the surrounding wondrous faces it looks like more wished they had run the gauntlet (I kinda wished I had too). Maus watches cautiously as the flailing dove is torn loose and grappled off the stage. He looks pensive, seems unsettled, but the band continue and he resumes position at the helm plunging headlong into the now. A last cry of purity is screamed and then he places the mic gently on the stage. This time it really is over and it was indeed a suitable climax. Thanks Toteman. The band exit stage right, glancing at the crowd who are looking around somewhat bedazzled. People embrace, others nod, some enthuse and gesticulate. What exactly just happened? We file out the hall, poking phones, closing messages empty.